November 26th: Women in the Syrian opposition coalition; and gender on TV

Women's Magazine's Kate Rafael discusses the new Syrian opposition coalition with Afraa Jalabi of the Syrian National Council and Mohja Kahf, Professor of Literature and Gender Studies at the University of Arkansas.


"This is not your father's revolution," says Mohja Kahf. There is an active and escalating non-violent, grass roots movement in Syria. Mohja and Afraa give a personal and political account of the Syrian revolution. There are over 33,000 prisoners of conscience in Syria prisons. 472 are women. They have been there for over a year without due process. Stay in tune with the grassroots movements in Syria through links on Stop the Killing Campaign Facebook page.

"Brides of Peace": In the Middle of Madness, Four Women March for Nonviolence in Syria

Four young Syrian women staged a women’s march for nonviolence through the middle of Medhat Basha market in Damascus, Syria, on November 21, 2012. In the finest tradition of subversive street theater, all four dressed in bridal gowns and veils, carrying red banners... Read more


Television for the Discerning Feminist Palate 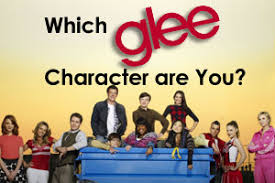 Is television shaping ideas about women, simply reflecting, or are the lives of television women completely divorced from the lives of real women? Next we dissect gender roles on some of the hottest shows on television (Nashville, Revenge, Walking Dead, Game of Thrones, Girls) with bloggers Camille Morgenstern of TurnUpTheSass and Anna Sterling of feministing.com. 27:02 min.


Special note to KPFA members: Don't forget to vote for the KPFA board members. Your ballot is due in New York on December 11, so get it out early. And if you're not a member, please donate to KPFA and mention Women's Magazine. Thanks.