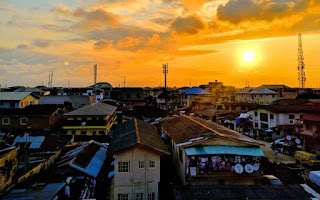 Our show today is about this movement and its relationship to the Nigerian future and its past. The Special Anti-Robbery Squad, the federal, semi-autonomous tactical police team, was formed in 1984 to thwart the national rise in kidnappings, car-jackings, robberies, and more. Since then, the unit has been abusing its power and Nigerian people in various ways, from coaxing bus drivers to pay money before allowing them to pass to the recent extrajudicial killing of people they are sworn to protect. It’s the perpetual, decades-long abuse of authority that has thousands of young Nigerians demanding that their government #EndSARS. The campaign is also about the ever-widening inequalities in Africa’s most populous state with enough wealth to improve all lives, and much more.

Ms. Osai Ojigho is a lawyer, gender equality advocate and human rights expert with a special interest in the African Human Rights system. Currently, the Country Director of Amnesty International Nigeria. Prior to joining Amnesty International, she served in various roles with Oxfam including as interim Pan Africa Director of Oxfam GB’s Pan African Programme. She was the Coalition Coordinator for the SOTU (State of the Union) Coalition, a human rights observer to the African Union Mission to Mali and the Sahel and Deputy Executive Director of Alliances for Africa. She is well travelled and widely published, contributing to various publications including the Commonwealth Law Journal, The AU ECHO (Newsletter of the African Union Commission), ThisDay Newspapers, The East African and Agenda. She is a member of the Association of Women in Development (AWID), the West African Women Elections Observation (WAWEO) team, the Nigerian Bar Association (NBA) and a life member of the Pan African Lawyers Union (PALU). She is also a consulting editor with Open Global Rights and a mentor to Mandela Washington Fellows. She sits on the Global Advisory Council of Institute For African Women In Law (IAWL). She holds a Law degree from the University of Lagos, Nigeria and a Masters’ in Law degree from the University of Wolverhampton, UK. Twitter: @livingtruely

Sign the petition to End impunity for police violence in Nigeria.

Posted by KPFA Womens Magazine at 11:10 AM No comments:

Monday, October 19, 2020: The Space Between Us Hosted by Jovelyn Richards 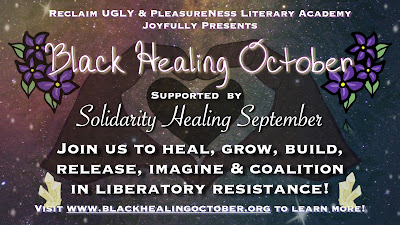 Vanessa Lewis discusses the process of the making of 31 days of healing for Black People by Black Healers and the people including allies of Black empowerment that made this happen.

One such person, Lauren Chinn, will join to share her role in Black Healing October.

For more information about Vanessa and Black Healing October find her on Facebook. 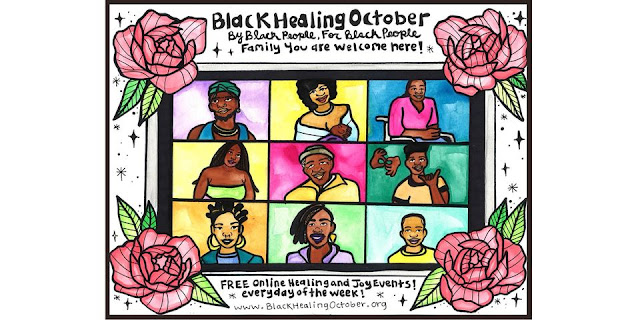 Posted by KPFA Womens Magazine at 11:41 AM No comments:

Today Oct 12th at 1-2pm PST on KPFA Radio’s Women’s Magazine Lisa Dettmer talks to Amy Ziering, a two-time Emmy award-winning and Oscar nominated investigative filmmaker behind films The Invisible War, The Hunting Ground and The Bleeding Edge, about her new film about sexual assault called “On the Record” playing on HBO Max. On the Record presents the powerful haunting story of music executive Drew Dixon who was a collaborator on hit records by Method Man, Mary J. Blige, and Whitney Houston among others, as she grapples with her decision to become one of the first women of color, in the wake of #MeToo, to come forward and publicly accuse hip-hop mogul Russell Simmons of sexual assault.

And we talk to Dr. Joan Morgan, a well known feminist scholar of hip hop, a Writer, Black Feminist Cultural Critic and the Program Director of the Center for Black Visual Culture at NYU who appears in the film.

And on today’s show Kate Raphael talks to Chelsea Bieker, whose debut novel, Godshot, is a powerful tale of environmental devastation and a young woman’s journey to feminism. Godshot, is a novel weaving environmental catastrophe, mother-daughter relationships and women’s sexual freedom. Chelsea was featured at the Bay Area Book Festival Unbound last spring, and you can find her fascinating conversation with Brooke Warner on their website, baybookfest.org, along with many other free and ticketed events that are ongoing.
Women’s Magazine is available at 94.1 FM or online at www.kpfa.org where the show is streamed and archived.
Click here to listen to the show. 59:50 min
Posted by KPFA Womens Magazine at 11:14 AM No comments:

Monday, September 28, 2020 - Activism and Women in Politics in Sudan and South Sudan

Now is the Fall Fund Drive for KPFA. Thank You for listening and for your donation.

Today’s show spotlights feminist activism and women in politics in Sudan and South Sudan. Yes, there are two separate countries now. South Sudan gained independence from Sudan on 9 July 2011 after a fifty-year long war.  Women played key roles during that time. Most recently, the protests that led to the ouster of Sudan’s president, Omar al-Bashir in 2019, were dominated by women. They came out day after day on the streets of Khartoum, constituting as many as two-thirds of those who turned out.  These women have become emblems of the uprising. 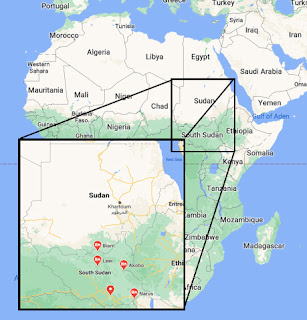 Sudan and South Sudan face humanitarian crises that disproportionately affect women and girls who suffer hideous consequences of the violence, abuse, deprivation, and loss of livelihoods. At the same time, women are actively organizing and bringing communities together, providing basic needs and services, seeking to gain political positions in the governments.

Margo Okazawa-Rey is in conversation with Professor Amal Ezzuddin, the governor of the northern state of Sudan,  Honorable Sarah Clito Rial, the governor of the west Bahr El Ghazal state in South Sudan, and Prof Nada Mustafa Ali, author of Gender, Race, and Sudan's Exile Politics: Do We All Belong to This Country? Our show focuses on women’s situations in both locations. The link below is the recording of the full conversation of the shorter one broadcast on Women’s Magazine on September 28th:

Click here to listen to the show that aired on Monday. 59:50 min

This September 14th on KPFA’s Women’s Magazine we look at some of the highlights of the LGBTIQ Frameline Film Festival which starts this Thursday, September 17th and runs through Sunday, September 27th online.

We talk to Dominque Oneil about some of the really special female centered fiction films. And then we talk to three documentarians who have feature films in Frameline, Ashley O’shay, who is director of the really timely and important new documentary “Unapologetic” which is a powerful and inspiring documentary that follows two Black, queer feminist Chicago women organizers working with the movement against police violence.  And Jen Rainin and Rivkah Beth Medow who are the co-directors of the new documentary “Ahead of the Curve” which is a film that looks at the history of the Lesbian glossy magazine Curve, its founder Franco Stevens and the importance of Curve magazine to the Lesbian community.

Netflix, Hulu and other movie streaming sites may not have the lesbian or queer film that you want to see so look for the request page on their websites and ask for these films.

Posted by KPFA Womens Magazine at 2:19 PM No comments:

Monday, August 31, 2020: US Military and COVID in Okinawa and Guahan: What Do Colonization and Militarism Have to Do with It?


News about the US military spreading COVID in Okinawa and Guahan has been reported on NPR, the UK Guardian, and other news sites. On today's show you have the chance to listen to long-time Okinawan feminist activist Suzuyo Takazato. She served as Naha City Council member, is a founder of Okinawa Women Act against Military Violence, and has devoted her, life working for demilitarized, genuine security for women and girls and for people of Okinawa and beyond. Also, in conversation is Lisa Natividad, professor of Social Work at the University of Guam and long-time activist working for decolonization of Guahan, the island’s original name.  Finally, Ayano Ginoza, professor at University of the Ryukyus will add to the conversation by analyzing the current conditions from Island Studies perspective.

We have a chance, in this moment of calling for the defunding and dismantling of the police to make the connection between here and there. Think about the police as a local segment of the national military apparatus, the military actors we face directly. What would it take to dismantle the institutions altogether? Imagine all what the nearly $2.5 billions per day the US spends on national military could pay for!!!! This amount does not include billions spent by all the cities in the US. And the bigger question is: What values must we embrace to be able to imagine genuine, life-affirming security?

On today’s show we talk about the August 4 explosions of nearly 3,000 tonnes of ammonium nitrate being stored for 6 years without any safety precautions in a warehouse at the port of Beirut. These explosions have killed hundreds of people; displaced many, many more. The body-counting continues. The explosions also rocked the political establishment when Prime Minister Hassan Diab and his cabinet resigned on August 10. Some of the most affected people include Syrian refugees, who number around one million total.

Another group is women migrant domestic workers, whose stories have not been told in any meaningful ways during the current crisis. They are women primarily from Ethiopia but also include women from the Philippines, Sri Lanka, Kenya, and Nigeria, for example. They are, in practice, indentured servants or modern-day enslaved people due to the kafala system, where workers are at the mercy of their “employers.” Some have not been paid since as long ago as October 2019. As a result of the devastation of the explosion multiplying their suffering, they “just want to go back home.”

Today’s conversation is with Lara Nuwayhid, Regional Coordinator for the Middle East and North Africa with the International Domestic Workers Federation, who oversees program activities that raise awareness about domestic workers and provide support for their advocacy work. She spoke to us live from Beirut.

Posted by KPFA Womens Magazine at 8:09 AM No comments: