Transnational Feminist Solidarity For and With Afghanistan, Its People, and Beyond 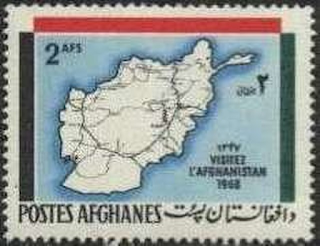 There is never enough coverage of the world’s people persevering, as they face the horrific conditions brought on them, with courage, dignity, and hope.  Among those are the Afghan people whose lives and land have been devastated by decades and decades of imperial occupation, by the British, the Soviet Union, and most recently by the US. How else, though, can we, and should we, think about a peoples whom most of us know only through dire statistics? Ratings on UN development scales? Images of pain and suffering?

In today’s pre-recorded interview with Dr Mariam Popal, you will hear other kinds of stories, get different understandings of Afghan history and people, and about transnational feminism. I have only inadequate words to describe my conversation with Mariam Popal,  a feminist Afghan activist scholar living in Germany. She is currently mobilizing global support for Afghan women, and all Afghan people, in this time of profound destruction and suffering.

During September, Mariam, her Afghan people’s movement folks, and supporters circulated the "Appeal with Regard to the Situation in Afghanistan-September 2021" to gather supporters from around the world for the people of Afghanistan:

"We call on the political responsible to allow the Afghan society, WITHOUT ANY EXEPTIONS, to participate in the political process and by considering the INTERSECTIONALLY formed social conditions, to support, strengthen, and PROTECT the rights of ALL Afghan citizens in ALL places of the country. The diverse, marvellous Afghan people are on the one hand tired of the constant war and misery; on the other hand, its recent history of near perpetual war and the accompanying experiences of suffering have strengthened the foundation for an open, creative society to flourish. Despite a long and difficult mourning process, the Afghan people have been working to create a beautiful future and a becoming as part of the world community."

RAWA Responds to the Taliban Takeover

Dr. Mariam Popal,  a feminist Afghan activist scholar in Germany, is organising global support for Afghan women, and all Afghan people. Her doctoral research  concerned the meanings of ‘law’/’sharia’ within a comparative analysis and from a feminist postcolonial studies’ approach. organising currently working on her habilitation project (second thesis) in Comparative Literature at the University of Bayreuth/Germany. In this work she takes up the meaning of ‘touch’ and discusses ‘humor’ as a multilayered affect in literary theory and in contemporary (diasporic, postcolonial) novels.